A Community-Built Future for El Monte 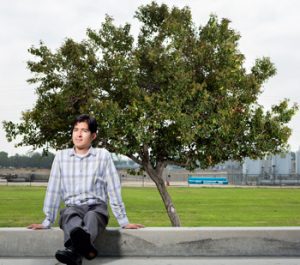 There are moments when a single question can change your life. Francisco Arroyo was midway through his junior year, when his guidance counselor asked him, “Have you considered applying for college?”

“It just turned the light bulb on for me,” Francisco said. “College was something I could actually do.” Today, the UC Davis graduate works to spark that realization for as many people as possible in his hometown of El Monte by helping parents save for college through the El Monte Promise Foundation (EMPF).

The El Monte Promise Foundation is the legacy of CCF’s El Monte Community Building Initiative (CBI), a 10-year, multimillion dollar commitment to create community-driven change and sustainable impact. When the initiative was launched in 2007, El Monte’s 115,000 primarily low-income residents struggled to overcome major systemic challenges, including low rates of college attainment, low levels of access to health care and wellness options, a lack of affordable housing and an overtaxed community of local nonprofits without the capacity to deal with community problems.

CBI was originally designed by CCF to focus on affordable housing, but a growing sense of disconnect with the community led staff to reevaluate how CBI’s priorities matched those of the community. “The Community Building Initiative couldn’t just be about us building up a community,” said Vera de Vera, who has served as director of CBI since 2009. “It had to be the community itself that did the building.”

CBI staff met with hundreds of residents and stakeholders to chart a new future for the initiative. The outcome was a plan that reflected the needs and dreams of the residents of El Monte. Guided by an advisory committee of local stakeholders and community members, the revised CBI focused on two major areas: education and children’s and family health.

Healthy El Monte
Healthy children become successful adults. The fewer days of school they miss, the more they are able to learn, grow, contribute and excel in the classroom and at home. CBI worked with the community to ensure that their children had both healthier lifestyles and access to quality physical and mental health care.

El Monte’s Promise
Few things can change a life like a college diploma. Working with local residents, CBI helped launch the El Monte Promise Foundation, which works hands-on with local school districts, parents, civic leaders and nonprofit groups to prepare children for college at an early age. “We wanted to build a pipeline to college,” said El Monte Promise Foundation President Norma Garcia. “We thought that was something missing in El Monte.”

CBI and EMPF’s determination to build a college-going culture has shown strong results. The number of El Monte students enrolling at Rio Hondo College has doubled, while persistence and retention rates have also increased. In 2015, EMPF launched the Scholars Savings Program, which helps local families save for college. By raising funds to match college savings, it is helping the entire community create better futures for their children. No one sees that clearer than Francisco Arroyo, who joined EMPF as an AmeriCorps VISTA fellow and now coordinates the program.

“I saw a couple come in to start a savings account for their grandchildren,” Francisco said. “When the kids asked what they were doing, their grandmother said, ‘We’re saving for your college. We’re putting something aside because we believe in you.’”

Community Legacy
As the El Monte Community Building Initiative draws to a close in 2017, it leaves behind a number of lasting legacies. The El Monte Promise Foundation will continue to empower local families and students to achieve their college dreams. CBI also helped create a new generation of leaders, stronger organizations and more engaged residents in El Monte. For CCF, it taught important lessons on how foundations can make the greatest impact when investing in places like El Monte, lessons about the power of convening, cross-sector collaboration and long-term commitment. And it shows that true change must be driven by those who know their city best – members of the community.

The California Community Foundation was able to invest in the El Monte Community Building Initiative thanks to the Future of L.A. Fund. Built by generations of visionary donors who understand that community needs change over time, the Future of L.A. Fund allows donors to make an impact on L.A.’s most pressing issues for generations to come, whatever they may be. Learn more about CCF’s work at calfund.org/annualreport.