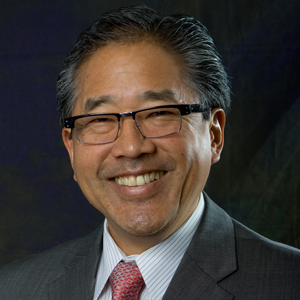 This is good news and a reflection of the economy. Donations to religious organizations, though in decline, continue to be the top category of giving and each recipient sector experienced growth, except international affairs. We have also witnessed the surge at the California Community Foundation.

While the data is heartening, it’s increasingly clear that a rising tide does NOT lift all boats. Giving from the top does not always trickle down. We’re seeing huge amounts of generosity, but how do we ensure that more people who can give are giving, and that it’s having an impact where the need is greatest?

Giving USA is a reflection of the growing gap between wealth and understanding. It’s an indication of a structural change taking place in philanthropy that leaves out those most in need.

Part of the news is this record giving level was accomplished with fewer donors. The top 50 donors in America gave $10.2 billion in 2014, which means that just 50 donors have accounted for more than 40 percent of the surge over the previous year.

And the challenge we’re seeing is that the nonprofit/charitable sector sits in the context of the major giving wars of the so-called “eds and meds” — higher education institutions and medical centers. In Los Angeles, USC and UCLA have more than 750 fundraising staff members! How does a homeless shelter, domestic violence prevention center or at-risk youth mentoring organization compete with that?

Back to the top 50 donors, that’s $204 million apiece! Don’t get me wrong. I applaud these gifts. But to put that in perspective, just one of those would fund the annual expenses of half the nonprofits in Los Angeles County.

So it’s bigger gifts from fewer people that benefit the “1 percent” of nonprofits.

When we meet with nonprofit leaders and review their financials, they have not seen “surge” or even his second cousin. Fundraising for the organizations serving the poor remains locked in the recession. “Surge” can only be used to describe the demand for services, not the flow of giving.

Again, a surge is a great headline, but how do we inspire more people to give? Individual giving has been stuck at about 2 percent of GDP and about 2 percent of adjusted gross income for decades. America has hit the generosity ceiling. Giving in the United States has not tracked with any other rational measure of the economy.

We’re also seeing people from lower economic strata routinely give a higher percentage of income than their higher-income counterparts. In Los Angeles County, the lower-income neighborhoods of Watts and Inglewood “outperform” Malibu and Pacific Palisades in giving percentages, according to a UCLA study.

So who is not giving is as interesting as who is.

A major problem is the growing gap of understanding about the persistent needs that have not been addressed by the private or public sectors. The nonprofit sector is an under-appreciated and under-funded safety net that the surge has neglected from my perspective as a funder of nonprofits serving the most vulnerable.

There needs to be a breakdown of giving to spur more of it. By looking into the numbers and disaggregating the data, we can see where giving is coming from and where it isn’t. More important, where the funds are going and where they aren’t. Broad categories like “education” or “human services” have to be analyzed.

Back in Los Angeles County, we have become a net exporter of philanthropy after taking into account giving to L.A.’ s institutions from outside the county. This has led a number of nonprofit leaders to dive deeper into this data to start an information campaign to promote the needs in Los Angeles. I believe we can increase giving to basic human services here if we make the case.

We also need to ensure that headlines touting an increase in giving don’t lull many people into feeling that things are back to normal. They aren’t. Mega giving is here to stay. The trend of fewer donors making monster gifts is ominous. We can’t sit back and wait for a true surge. We must start our own campaign to educate and inspire the philanthropic community and non-givers about the unmet needs and the remarkable organizations that will never have mega gift officers.

John E. Kobara is Executive Vice President and Chief Operating Officer of the California Community Foundation. You can follow him on Twitter @jekobara.