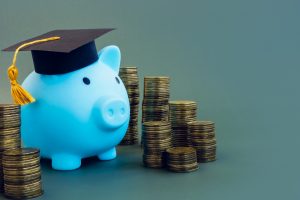 After 10-years of service and 10-years of loan payments, any remaining federal student debt would be forgiven. That was the pledge made to teachers, nurses, firefighters and other government and nonprofit workers in 2007 by President George W. Bush and a bill that Congress passed with bipartisan support.

Unfortunately, in the years that followed, the Public Service Loan Forgiveness (PSLF) program became a broken promise to public servants across the country. Borrowers were rarely enrolled into the correct loan type or payment plan, making their monthly payments ineligible. Loan servicers (the companies contracted by the government to manage federal student debt) provided unclear, misleading, and inaccurate information. When loans were transferred between servicers, records were sometimes lost.

I’ll never forget the day in 2013 when we realized there was a problem with my husband’s student loans. Seven years into teaching at a Title 1 high school and two years after being named LA County Teacher of the Year, we learned that none of his payments to date would count towards the 10-year requirement. His loans were in the wrong repayment plan. The clock would need to restart, pushing back the chance of forgiveness by at least seven years, if ever.

How could he, or I (a financial aid expert), or his loan servicer, not have caught this earlier? Each year, he submitted successful employment verification forms. No system had flagged that his payments were ineligible due to a technicality. Eventually, we just gave up.

I now know that we were not alone. As of 2018, only 55 borrowers nationwide had ever received forgiveness under the PSLF program. In the early years of the program, less than 1% of applicants were approved. As of September 2021, just 16,000 public servants had ever successfully qualified for forgiveness.

After years of work by advocates and abundant evidence of program mismanagement, in October 2021, the Department of Education, under President Biden, implemented a temporary waiver to address these challenges.

Since the fall, the California Community Foundation (CCF) has been working to help eligible borrowers access the program. We’ve invested in the Student Borrower Protection Center and the Campaign for California Borrowers’ Rights, and encouraged and supported actions like LA County Supervisor Hilda Solis’ recent motion for a localized outreach campaign. This builds on our work in ensuring all Angelenos, especially the most vulnerable, access the public benefits for which they are eligible. We recognize that student debt disproportionally impacts people of color and is a symptom of a higher education system that was never designed to provide affordability and access to low-income and underrepresented communities.

As of May 2022, 113,000 public servants have now successfully accessed loan forgiveness under PSLF. Among them is my husband. After years of denial letters, it was hard to believe the program finally worked as promised 15 years ago.

Major structural changes are needed to make established student debt programs work better and fairly for borrowers, and to address the systemic underfunding that makes higher education so costly today.

In the meantime, an estimated one million previous PSLF applicants in California alone still need help navigating the complex path to qualification. And tens of millions of public servants across the country have yet to start the process, likely unaware of the opportunity or dissuaded after so many years of administrative failure. For those who have served tirelessly throughout the pandemic, this could be a massive economic and moral boost. The current waiver that allows prior rejected payments to be reconsidered will expire October 31, 2022.

Below are some resources and upcoming resources. CCF will continue to identify and share resources with public servants across our networks. We encourage our partners to do the same.