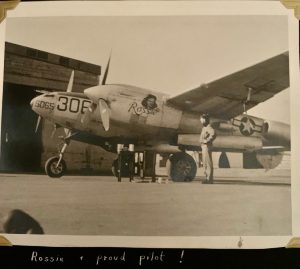 Rosalyn (Roz) Heyman (April 29, 1925 – November 22, 2021) wore quite a few hats during her lifetime. She was a lifelong educator, community leader, and philanthropist who once said, “I think I’d like to be remembered for the things I did for charity.”

Roz’s commitment to charity took on multiple forms of giving, one of them being her time and commitment to the scholastic success of students in her community. After earning her bachelor’s degree in business administration and her master’s degree in education at the University of California at Los Angeles, Roz sought to put her skills in education to work. Roz quickly demonstrated her leadership prowess.

Though it was difficult for women in her day to become leaders in education, Roz was ultimately appointed principal of Berendo Junior High School, the oldest junior high school in the United States. At the time of Roz’s appointment, Berendo was overcrowded and, as others recall, “had one of the worst academic and discipline records in Los Angeles.” But Heyman saw the potential in her students and was determined to improve the students’ educational environment.

Overtime, Roz cultivated a learning environment that encouraged her students to regularly attend classes and take satisfaction in their academic progress. Roz ultimately earned the American Educators Medal for her efforts.

In addition to giving her time, Roz was also committed to philanthropic giving and worked closely with the California Community Foundation (CCF) to financially support educational opportunities for students in Los Angeles. In true Centennial Legacy Society fashion, Roz created the Rosalyn R. Shostak – Heyman Fund to support programs that provide leadership training and character-building experiences for gifted and other above-average teens.

Today and every day, we honor Rosalyn Heyman’s memory and her exemplary, lifelong dedication to the betterment of her community. CCF is proud to have partnered with Roz during her lifetime and is committed to ensuring her legacy lives on through the students her philanthropic contributions will unequivocally support. Click here to visit Rosalyn Heyman’s individual bio page and listen to her story of overcoming hardships, hope, values, and relentless generosity.