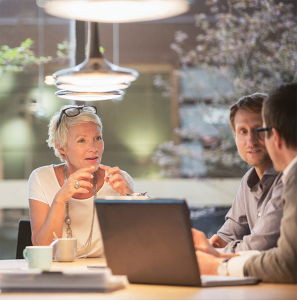 A December 2019 survey revealed that while 60% of adult Americans think having a will is important, only 32% of adult Americans actually have one. The most common components of an estate plan include a will, a revocable living trust, financial power of attorney, advanced health care directives (health care proxy and living will), and a HIPAA release form. While the sheer number of documents and the potential expense are noted as reasons for the failure to execute an estate plan, the number one reason cited for the discrepancy was “I haven’t gotten around to it.” The survey results demonstrate that estate planning is not always “top of mind” and, despite the urgings of CPAs, wealth managers, attorneys, financial planners and other trusted advisors, many people put estate planning very low on their to-do lists. However, more recent reports indicate that the estate planning industry has been on an upswing due to concerns about the novel coronavirus outbreak. Many Americans are now creating or reviewing their estate plans to ensure that family members, friends, and charities will be taken care of and supported after they are gone.

Today, more than ever, charitable remainder trusts should be considered as part of a comprehensive wealth transfer plan. As former Chicago Mayor Rahm Emanuel said, “You never want a serious crisis to go to waste.” In this historically low-interest-rate environment with a volatile stock market, an uncertain economic climate, and federal initiatives designed to “reduce the cost of generosity”, there has never been a better time to consider incorporating a charitable remainder trust into an estate plan.

A. What is a Charitable Remainder Trust?

A charitable remainder trust (CRT) is a trust that is exempt from liability for capital gains and income tax. Establishing a charitable remainder trust allows the donor to: (1) diversify a donor’s portfolio while sheltering highly appreciated assets from the lump sum capital gains tax due on the sale of the assets; (2) create a stream of income for the donor (the non-charitable beneficiary) for the donor’s or another individual’s lifetime, term of years, or a combination thereof; (3) provide a generous gift to a charitable beneficiary, such as a public charity or a private foundation; (4) generate an income tax charitable deduction for the donor in the year of the gift and, potentially, for up to five years following the initial gift; (5) remove assets from the donor’s estate, thereby lowering the potential estate tax due, and; (6) enable the donor’s family to preserve the family’s philanthropic legacy.

B. How does a Charitable Remainder Trust work and how is it funded?

An important distinction for the 2020 tax year is the lift in the AGI limitation cap for outright cash gifts to nonprofit organizations. Pursuant to the provisions of the $2 trillion Coronavirus Aid, Relief, and Economic Security Act (the “CARES Act”) passed on March 27, 2020, such outright cash gifts will generate an income tax charitable deduction of up to 100% of a donor’s AGI. This increased AGI limitation, which applies to cash gifts in 2020 only, applies to both public charities and private foundations, but not to donor advised funds or supporting organizations. It is also unlikely that this enhanced AGI limitation applies to CRTs. Again, gifts in excess of 100% of the donor’s AGI may be carried forward up to five subsequent tax years; however, the carryover amounts in subsequent years will revert back to 60% of the donor’s AGI for gifts to public charities and 30% of the donor’s AGI for gifts to private foundations.

C. What are the different kinds of Charitable Remainder Trusts?

1. Charitable Remainder Annuity Trust (CRAT)
The non-charitable beneficiary of a CRAT (usually the donor) receives a fixed stream of income based on a percentage of the fair market value of the assets contributed to the CRAT on the date of the gift. This payout is a fixed sum (the annuity amount). No matter how large the assets in the trust grow, or how small they shrink, the non-charitable income beneficiary receives the same sum during every distribution period. The donor can choose to be paid on a monthly, quarterly, semi-annual or annual basis.

3. What are the different types of Charitable Remainder Unitrusts?
Both CRATs and CRUTs are useful charitable vehicles for donors who own highly appreciated assets like real estate. However, CRUTs may be drafted with additional features that provide more flexibility for donors of non-cash assets.

a. A Simple CRUT (SCRUT) pays distributions to the non-charitable beneficiary based on the fixed percentage of the value of the trust. The donor chooses the percentage of the assets that they would like to receive, subject to I.R.C. rules.
b. A Net Income CRUT (NICRUT) allows the trustee to vary the payout to the non-charitable beneficiary by distributing the lesser of either (a) the fixed percentage of the value of the trust, or (b) the net trust income. These options allow the Trustee to vary the payout to avoid invading the corpus of the trust if the trust income falls below the traditional SCRUT payout amount.
c. A Net Income with Makeup CRUT (NIMCRUT) is another alternative, where the Trustee is able to make up the difference between a prior year’s payout deficiency, if any, by adding the difference to the current year’s payout.
d. The final variation on a NIMCRUT is one that contains a triggering feature, called a FLIP-CRUT. The trust “flips” from a NIMCRUT to a SCRUT upon the satisfaction of a condition – the trigger – which is defined in the trust. A valid trigger is defined as a single event whose occurrence is outside of the discretion or control of the donor, trustee, income beneficiary or any other related person. The conversion of the trust from a NIMCRUT to a SCRUT (the start of the payments to the non-charitable beneficiary) occurs in the taxable year after the triggering event takes place. Once the trust has “flipped” to a SCRUT, the payments to the non-charitable beneficiary begins. FLIP-CRUTs are commonly used when real estate, closely-held stock, or other complex assets are contributed to the trust, allowing the Trustee to time the “trigger” to the sale of the asset.

D. What happens when a Charitable Remainder Trust terminates?

E. How does a Charitable Remainder Trust work with CCF Funds?

As a skilled trustee and administrator, the California Community Foundation (CCF) is the right choice for donors with estate plans that include charitable remainder trusts. CCF is an experienced Trustee of charitable remainder trusts, and for decades has managed investment policies, monitored trust investments, and supervised the administration of trusts and the preparation of trust tax returns. CCF donors can always designate CCF as a beneficiary of their CRT, no matter who serves as Trustee of their CRT; however, donors may select CCF to act as Trustee of their CRT if CCF is designated as the charitable beneficiary of at least 50% of the remaining balance of the CRT. That balance can be used to create a testamentary Restricted Fund, Field of Interest Fund or an Endowed Donor Advised Fund (a permanent Donor Advised Fund that is subject to CCF spending policy).

3. What is a CCF Donor Advised Fund?
Finally, a Donor Advised Fund (DAF) is a flexible giving vehicle that provides donors with immediate tax benefits and allows donors to support their charities of choice on their own timetable through grant recommendations. A DAF is the most efficient, cost-effective giving alternative to a private or family foundation.

4. What is the difference between a lifetime DAF and an Endowed DAF?
During a donor’s lifetime, a donor with a CCF DAF can grant up to the entire corpus of their DAF to a chosen charity or charities. In contrast, when a donor chooses to establish a CCF DAF as the charitable beneficiary of their charitable remainder trust (distributions from which will be made after their death), CCF will establish a permanent Donor Advised Fund with a corpus that can never be spent (an Endowed DAF). Distributions from an Endowed DAF are made only from the net income and net appreciation of the assets in the fund, ensuring that the fund will exist in perpetuity. If the permanent assets of the fund grow over time, the net income and assets can provide for increased charitable giving. Donors can nominate their own successor advisor or allow CCF to determine grantmaking in accordance with the donor’s stated intentions.

By designating the California Community Foundation as the Trustee of their CRT, and a CCF Restricted Fund, Field of Interest Fund or an Endowed DAF as the charitable remainder beneficiary, donors and their family members are able continue their legacy of philanthropy, secure that the assets will be well-managed in perpetuity. Each CCF donor’s unique charitable wishes are CCF’s highest priority, both now and in the future.

F. How do donors who have established Charitable Remainder Trusts become members of the Sartori Circle?

Donors who generously include CCF in their estate plan through their charitable remainder trust, beneficiary designations, life income gifts, or who name CCF as the successor advisor to their existing Donor Advised Funds, are eligible to participate in the Sartori Circle. The Sartori Circle is designed to recognize and bring together donors of testamentary gifts who, like CCF founder Joseph Sartori, have committed their legacies to making a long-term impact on the lives of others through their charitable bequests.

G. What are the benefits of being a member of CCF’s Sartori Circle?

Sartori Circle members are recognized as legacy donors in printed materials and at special donor recognition events, allowing them to enjoy the public acknowledgment of their generosity, if they so choose. They are also provided with guidance by CCF experts in the most beneficial ways to integrate charitable giving into their personal estate plans and personalized giving plans to maximize the financial circumstances, tax opportunities and philanthropic passions of each individual donor. Sartori Circle members also receive invitations to special convenings and gatherings for members of the Sartori Circle and their families to engage with each other and better understand the charitable landscape in their area of interest and beyond. Finally, members of the Sartori Circle receive the satisfaction of belonging to a group of forward-thinking individuals who are using their charitable resources to support the organizations they are passionate about, and the ability to leave a permanent legacy to make a lasting impact on issue areas for generations to come.

This article is not intended to be inclusive of all the rules and regulations that govern charitable remainder trusts, and it should not be considered legal or financial advice. Please consult your legal and financial professionals for more information about your particular circumstances.

If you have any questions about charitable remainder trusts, restricted funds, field of interest funds, donor advised funds, or any other charitable giving vehicles, please contact Carí Jackson Lewis, Senior Development Officer at cjacksonlewis [@] calfund [.] org to discuss how we may be of assistance.