Response to the 2019 Point-in-Time Homeless Count 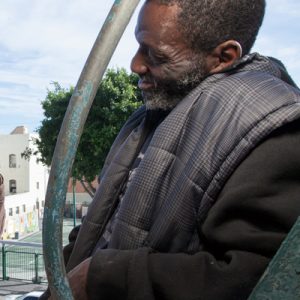 Today, LAHSA released the results of the 2019 Los Angeles County Homeless Count, and it was not good news. The numbers of people experiencing homelessness are up – 12 percent over last year to nearly 59,000.

They are a diverse group – from those suffering from illness and addictions who have been on the streets for years to those working families pushed into homelessness by rising rents. We’ve done more outreach, more housing placements and more construction starts than ever before, but the problem has grown even faster.

Data shows that this is not just an L.A. problem, either. Our 12 percent increase was actually smaller than any neighboring county. Both Orange and Kern County’s homeless populations jumped by over 40 percent.

Three years ago, the California Community Foundation and our partners pushed to triple production of supportive housing in Los Angeles by supporting Proposition HHH. Studies have shown that supportive housing (housing with services embedded) is the answer to chronic homelessness, which is often driven by mental illness and substance-use and evidenced by people sleeping on the street. We know how to produce and operate this proven approach, but for years the City had only enough money to build 300 units per year. Now, thanks to voters, Los Angeles has more than tripled that figure.

If we hadn’t approved Proposition HHH we’d have 900 units of supportive housing in the pipeline today – instead we have 5,948. But it takes time to move from buying a piece of land to acquiring permits, finishing construction to moving people in. We’ve cut that time down significantly with innovations to the process, and we expect to have 700 new units open by the end of this year, 1500 units by the end of 2020 and another 3,300 units by the end of 2021.

The good news is that we’re housing more people than ever before. Last year, we housed 21,631 people, a 23 percent increase over the previous year and more than double the number housed just five years ago. An additional 27,080 found other housing resources. Our solutions have grown tremendously – without the resources from Measure H, our homeless population would have seen a 28 percent increase – but we need more. We’re becoming stronger swimmers but the current is stronger too. Even after housing more than 48,000 people, our homeless population still rose by 12 percent.

Chronic homelessness is only the tip of a much larger housing crisis in Los Angeles. Today’s increased Homeless Count numbers show that there are more families and working people experiencing homelessness for the first time. This is a different problem, caused by the significant failure of the market to produce enough affordably-priced housing.

Skyrocketing rent and home prices raise the cost of living for everyone, as anyone who has looked for an apartment or sought to buy a house can attest. Today, 700,000 Angelenos spend 90 percent on rent, and renters earning minimum wage would need to work almost 80 hours per week to afford a one-bedroom apartment. Combine that with a 3 percent drop in median renter income, and you have a vicious cycle of unaffordability.

If we want to address this shortfall of affordable units from getting worse and keep up with population growth, we must build 16,000 affordable units annually. In 2017, we only built 2,200 units in all cities in the county. Just as we tripled supportive housing production with HHH, how do we triple and then quadruple affordable production countywide?

We need to streamline and eliminate rules that make it hard to build and need more public subsidies to turn units that rent at $3,000 per month into units that working families can afford.

The state needs to step up with more public subsidies. Altogether, the HHH bond, the City of LA linkage fees, and the County’s Affordable Housing Funds, don’t fill the $390 million we lost per year for affordable housing when redevelopment ended in 2012.

Just as we brought together public partners and nonprofits and philanthropy in late 2015 to develop shared plans to address chronic homelessness, we need to respond to these increased homeless count numbers by taking a moment to develop a shared action plan to prevent homelessness by producing more housing at all affordability levels, preserving what we have, and protecting tenants.

How can we help – as residents, neighbors, donors, voters? We can keep focused on solutions that work like supportive housing and inclusive development and push to remove the barriers to doing a lot more of that. We can test promising innovations like modular housing production, and flexible rent subsidies. We can build emergency or interim housing for the “right now” solutions on sites that will be repurposed as supportive housing later. We can adopt tenant protections to prevent displacement while we’re working to expand housing production.

There is no single face to homelessness. Our neighbors sleeping on the streets, in cars and shelters throughout the county are individuals and families, children and seniors. They are veterans, former foster youth and working residents who hit a single piece of bad luck in a city where too many are one missed paycheck away from the streets.

There is no single solution. We need to build, fund, zone, employ and expand housing and jobs across the county.

The homelessness and housing insecurity crisis faced by many Angelenos took forty years to get to this point, forty years of under-building and under-investing in our communities. It will take years to turn around. We’ve done so much but have so much still to do. We need to take the long view, keep our efforts focused on what we know works, and move forward.

1. Support more interim and supportive housing in your local community: Join the Everyone In Campaign at everyoneinla.org
2. Advocate for expanded state and federal funding for affordable housing and homeless services at lahsa.org/policy/legislative-affairs
3. Give to support expanded supportive housing and services for chronically homeless individuals through the Home L.A. Fund at calfund.org/homela
4. Invest in increasing the pace and quantity of supportive housing construction through the Home L.A. Loan Fund at calfund.org/homeLAloan
5. Volunteer at your local homeless service agency at lahsa.org/get-involved

Ann Sewill is the Vice President of Health and Housing at the California Community Foundation. To learn more about how CCF is working to end homelessness in Los Angeles, visit calfund.org/housing