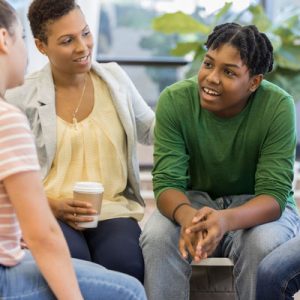 Perhaps the greatest duty in any society is that of keeping its children safe. The idea is enshrined in law, preventing children from purchasing guns, alcohol, even spray paint. But what happens when the threat to our children’s safety is the law itself?

The juvenile justice system in California disproportionately impacts poor and minority youth. Many of them face disparities in healthcare access and care outcomes. Most youth in the system have unmet mental health needs, and many have troubled family backgrounds.

California’s system for handling youth in conflict with the law is contentious. It’s hardly alone; many states and nations around the world are grappling with different ways to approach juvenile justice—and the various effects of their particular systems.

Governor Gavin Newsom’s announcement of the plan to shift the California Department of Juvenile Justice, which oversees youth in our state prisons, from the Department of Corrections and Rehabilitation (CDCR) to the Health and Human Services Agency represents a step in the right direction. Governor Newsom says the move is part of his plan to take on juvenile justice as a matter of public health.

Our studies contributed to the passage of California Senate Bill 439, which excludes children 11 and under from prosecution in the Juvenile Court. By excluding children from the juvenile justice system, the bill paradigm recognizes what Governor Newsom has espoused: we have to treat children as children, focusing on their health needs and taking a health-centered—rather than punitive—approach.

I feel grateful for the funding support that I have received form the California Community Foundation’s (CCF) Medical Research Grant program. Through my CCF-funded study, I was able to bring voices of youth and families impacted by incarceration to understand youths’ health needs and healthcare access when returning home after incarceration. Adolescents and parents spoke of inadequate access to quality healthcare in the community, which contributed to cycles of re-incarceration. The youth and parent voices spoke to the same issue raised by Governor Newsom—the same thread that inspired the minimum law of 11 years old in California: juvenile justice is a public health issue.

While it’s too early to tell whether Newsom’s proposal will make change on the ground—where it matters—the paradigm shift is appropriate; in fact, overdue. As a society, as we become more adept at meeting youth’s social, emotional, developmental, and health needs, the juvenile justice system can become increasingly less relevant. We must shift our thinking in all policies and approaches—putting children’s and adolescents’ health first—and I believe the successful approach will follow.

Elizabeth Barnert, MD, MPH, MS is an Assistant Professor of Pediatrics at The David Geffen School of Medicine at UCLA.