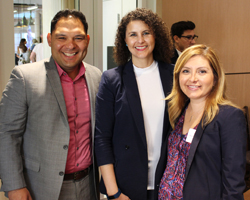 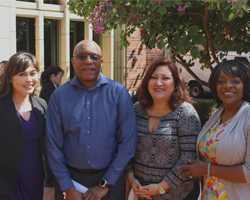 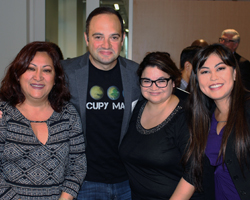 “I became a journalist to come as close as possible to the heart of the world.” – Henry R. Luce

Good journalism is at the heart of our democracy. But despite the critical social and political role it plays in our lives, media outlets sometimes struggle to report from the heart of all communities. At a time when immigrants feel increasingly under attack, journalists should be well-equipped with solid sources, accurate knowledge and the resources they need to tell compelling stories.

We gathered with reporters from every corner of Los Angeles at the Wallis Annenberg Hall on USC’s campus to learn from each other, and most importantly to understand how to more effectively tell stories revolving around the ever-changing immigration policy landscape. Members of the news media who attended included journalists from Univision 34, Telemundo 52, the Los Angeles Times, NBC LA, ABC 7 Eyewitness News, Southern California Public Radio (KPCC), the Long Beach Post and Asian Journal Publications.

The day started with a panel of advocates sharing their own experiences, moderated by Emmy Award winning NPR Journalist Maria Hinojosa and Professor Roberto Suro from USC Annenberg School for Communication and Journalism. Almost every one of the panelists voiced the need for more resources to help journalists cover immigrant communities. 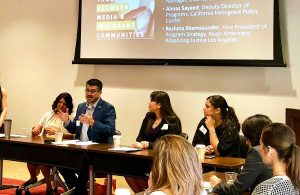 “As more and more news items are really hitting people, it’s hard to cover that in all its deep complexity. Covering our communities in a nuanced way is challenging. We need reporters to take time to understand these communities,” said Reshma Shamasunder of Asian Americans Advancing Justice Los Angeles.

Hinojosa echoed the need to take time to “educate journalists on the politics of immigration” despite the pressure to keep up with today’s fast-moving news cycle. “These are difficult topics to understand,” she continued.

One solution, offered by Hussam Ayloush, the Executive Director of Council on American-Islamic Relations’ Los Angeles chapter, is to work together to cover the gaps left by reduced resources both in newsrooms, as well as in many nonprofit organizations. “The solution is both of us finding new ways to work together. I know you [journalists] have less resources. And we have way less resources because all of our people are out on the streets organizing. How can we create platforms to educate?” he asked. 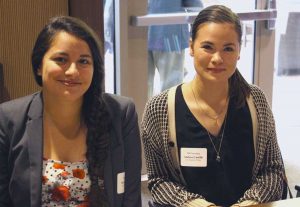 Members of the news media took the opportunity to explain the efforts they are taking to cover our diverse immigrant communities fairly, in addition to the challenges they face when engaging groups that are already in a heightened state of unease.

We also had a chance to learn from USC Annenberg’s journalism students who are using social media to reach underrepresented Latinx students on their own campus and tell their stories. The students publish weekly stories under their Snapchat channel “Dímelo” which translates to “tell me” in Spanish.

Later, the group heard from Mark Hugo Lopez, the director of Hispanic research at Pew Research Center, on the current state of the Latino community’s news consumption. And Mark Baldassare, president and CEO of the Public Policy Institute of California, spoke about the role immigrant voters will play in California’s upcoming midterm elections.

Despite coming from different ends of the news cycle, we agreed on one thing: together, we can find win-win solutions that will allow reporters to accurately cover the news and write compelling stories with the best information sources possible, and also ensure that the voices and experiences of our immigrant communities are more effectively heard and seen. As Roberto Suro noted, “Journalism pumps the blood of our democracy.”

This summit was made possible by a grant from the Knight Foundation which promotes informed and engaged communities and believes that providing people with information is essential so that they and their communities can make the best choices. They believe  journalism plays a critical role in that process, as do we.

Do you have ideas for how L.A.’s news media can better engage underrepresented communities? Share it with us in the comments section below!