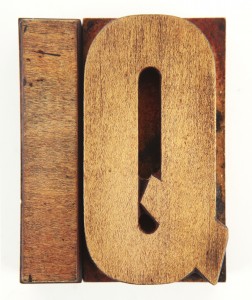 For good reason, people today are seeing the status quo as unacceptable. Regardless of where you sit, there are tremendous challenges all around. Things that have to change if we want a more just and humane world. But when we have impulses to change something, we often fire first, then aim. We leap before we look; we act before we think; we over-simplify.

Many people have on their to-do list to start a nonprofit organization to enact change. It might sit on a list with writing a book, traveling the world and deepening proficiency in a hobby.

Over the years, I have encountered hundreds of executives, philanthropists and other well-meaning humans who see nonprofit work as the stuff of leisure and retirement. Softer, fluffier work that requires less rigor and brain power. “How hard can that be?” I have been queried hundreds of times.

They might have the best of intentions, but the label “nonprofit” gives some people the impression that it is a lower form of organization than its better-understood cousin, the “for-profit.” To the inexperienced eye, nonprofits can seem like quaint do-gooder organizations that are very easy to master.

But one must not be so quick to dismiss a U.S. industry with more than $1.65 trillion in annual revenues and more than 1.44 million employers (the third largest industry employer after retail and manufacturing). There are even more people employed in the nonprofit/non-governmental sector than in the entertainment industry in Los Angeles!

The backbone of our social, educational, health and cultural programs are provided by public charities. Health clinics, child-care centers, YMCAs, arts programs, community gardens, food banks, Goodwill Industries, American Cancer Society and the Red Cross are all nonprofits we depend upon for critical services. And in many cases, the nonprofit infrastructure provides the vital safety net for the ever-increasing poor and underserved.

Too many people with time and/or money on their hands want to change the world–usually somebody else’s–by just jumping in. Anyone can file an IRS form to start a nonprofit and instantly become the change you envision.

Simple, right? Not so fast.

Years ago, I developed and administered my “Two-Question IQ Test to Run Nonprofits” to hundreds of people:

Question #1: Do you know how your computer/laptop/iPad works? (“Is this part of the test? Why are you asking this?”) Because most nonprofits, and especially new ones, have no IT department! This surprises them.

You’re halfway there. One more correct answer and you can run a nonprofit!

Okay, raise your right hand and repeat after me, “I will never run a nonprofit!”

Having a business model that requires you to ask for donations to pay for everything is crazy hard. Of course, like for-profit businesses, unsophisticated leadership and poorly designed plans will also doom an organization. But growth is dependent on results and asking for more money. Growth does not bring in revenues, so scaling the nonprofit requires scaling fundraising.

I can hear some of you grumbling that we need a different business model. Yes, social enterprises, social impact bonds and several other income enhancers are helping on the margins, but all of the top nonprofits get the lion’s share of their income from individual gifts–about 75 percent of all revenues. And giving has remained flat for 12 years, so nonprofits are still in a recessionary mode.

The harsh reality is that we don’t need more nonprofits to try and raise money in a sea of other nonprofits. Most will struggle and fail. More than 272,000 tax exempt organizations lost their status in 2011. The number would be much higher if you couldn’t keep the shell of a nonprofit going almost forever while doing very little.

In Los Angeles alone, we have an estimated 35,000 nonprofits–the largest number of any county in the United States. The unfettered proliferation of nonprofits has created a glut in some places. Organizations competing with identical organizations.

So the California Community Foundation and 11 other organizations are leading one of the largest merger and acquisition programs in the country called the Nonprofit Sustainability Initiative (NSI). That’s right: it’s nonprofit M&A! NSI assists nonprofits to take serious and risk-free steps toward mergers and deep partnerships that will save money and increase impact. NSI pays for each phase of the process from exploratory to severance payments, if necessary. We are trying to reduce the number of nonprofits and increase efficiency.

When the urge hits you, think about joining and improving the best nonprofits you know or find, before setting up your own shop. Take a look around the community and you will find amazing and courageous organizations that are fighting the fight you are interested in. They are great resources on what has worked and what hasn’t. And they would love–and need–your innovation, energy, passion and resources to improve what they do. So join them before you compete with them.

Friends don’t let friends start nonprofits. If they fail the IQ Test and go ahead anyway, while they spend time trying to learn the business model and raise money, that change they envisioned may start to slip away.

John E. Kobara is Executive Vice President and Chief Operating Officer of the California Community Foundation, which has partnered with Grameen America to launch microfinance in Los Angeles. This article originally appeared as part of his blog on Huffington Post, in which he writes regularly on philanthropy and Los Angeles County. You can follow him on Twitter @jekobara.