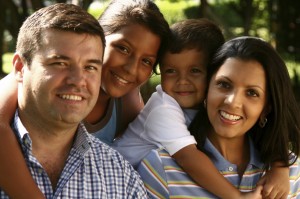 Here’s an important question: What is the Latino role in an aging America, with declining fertility rates and growing global competition? On a practical level if you’re a Baby-Boomer who’s going to buy your House? Or who is going to pay the significant portion of your lifetime Medicare bills that your contribution doesn’t cover?

Latinos, who on average are 15 years younger than the nation’s white population and will double in population by 2050 are part of the answer. Consider the context for Latino growth:

While there is greater clarity on aging and demographics, the probability that Latinos will deliver the economic stimulus we will desperately need is more in doubt due to education and skills deficiencies. Accelerating the success trajectory is the essence of Great Potential.

Frankly, Latinos will have to overcome deficiencies and external challenges. Among them: education gaps, language limitations, cultural issues, globalization, reduced government spending at all levels and more.

Individuals and families will be responsible for their own progress, but communities can be a powerful asset particularly when trying to close theses many gaps. A broad plan is needed that offers direction, hope and ownership to leaders but more importantly families and neighborhoods. The plan Goal is to help Latino families prepare children for mainstream success in one generation

The Strategies outlined in the plan use the “obliquity” (indirect) approach:

To find out more about this story or to purchase Great Potential, Latinos in a Changing America, please click here.

Steve Moya is the former senior vice-president and chief marketing officer, Humana, Inc.,  and is currently a business and nonprofit advisor.