Lessons from a 2-Year-Old Community Foundation in Romania 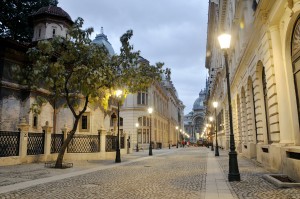 Nearly one hundred years ago, Mr. Joseph Sartori created the Los Angeles Community Foundation (now the California Community Foundation) as part of the trust department of Security Pacific Bank. He was at the heels of banker and estate planning attorney Mr. Frederick H Goff, who had recently launched the Cleveland Community Foundation, the first of its kind. These two men were amongst the pioneers of the community foundation movement, which has since developed over 700 such foundations throughout the United States. Over the years, the movement has become global and there are now 1,700 community foundations worldwide.

Community foundations are a hallmark of the American philanthropic story, providing a vehicle and trusted giving partner for families and individuals during their lifetime and as part of their estate plans. By their very nature and definition, community foundations each adapt to the needs and opportunities of their time and geography.

As a 2013 Marshall Memorial Fellow, I had the pleasure of spending time in Romania and visiting with the leadership of the Bucharest Community Foundation. During my visit, I was reminded of both the nature and role of community foundations, but also the fundamental premise, and promise, of these institutions to develop, promote and maintain democratic values.

Founded in 2011, the Bucharest Community Foundation (BCF) is part of a network of twelve foundations in Romania that are seeking to galvanize individual giving, incite volunteerism and create an environment of initiative and self-realization. 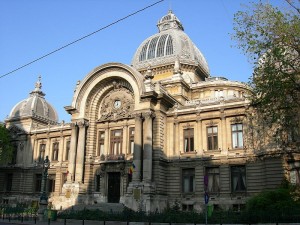 BCF is using a multi-pronged approach designed to attract donors at various levels, and in particular is focusing on mid-career professionals who demonstrate hope, leadership and career success, and who can lead the way for future generations. The ultimate goal is to integrate the practice of giving and civic involvement into a community and culture that is still in transition only a few short decades after the fall of communism.

The BCF’s successes are real and tangible. In just 18 months, the foundation has created about half a dozen named funds, seeded the creation of a crowdsourcing enterprise, hosted a successful Swimathon event along with its peer community foundations in Romania and is preparing for conversations with key community members interested in investing in the future life of the city. The foundation’s leadership is focusing on participation rates among its donors and realizes that its work in development and civic engagement will take time to build.

These very lessons and approach are important to keep in mind as foundations and nonprofits in the United States seek to integrate new ethnic and immigrant communities into their donor rosters. When it comes to working with and integrating new communities into the fabric of our philanthropic institutions, it is important to keep in mind that trust building is paramount and will take time, that a younger, mid-career demographic might have the greatest degree of readiness and willingness, and that rates of participation are just as important as dollars raised.

This work takes patience, diligence and the commitment of institutional leaders who see the higher purpose – the creation and maintenance
of a democratic and civic society that is shared, cared for and inclusive of all of its residents.