Transforming Communities, One Summer Night at a Time

Envision this: Summer time in southern California. Beaches, a slight breeze, kids out of school playing with other 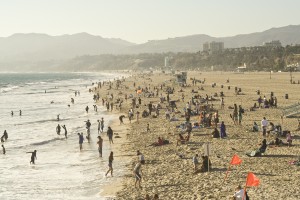 neighborhood kids, and a couple months to bask in the unrelenting summer sun.

While this tends to be the predominant image, the narrative contrasts with that of many communities in our own L.A. County neighborhoods. Studies show that crime tends to increase during the summer months, especially by youth living in gang hot zone communities; longer days, restlessness and boredom means many youth look for something else to do. Unfortunately, research also shows that these are some of the key reasons leading to an increased likelihood to commit violent crimes later in the day and into the evening.

While these kinds of statistics are not particularly unique to a city as large as Los Angeles, the solution is one that has caught the attention nationally and represents L.A.’s own approach to tackling these public safety issues: the Summer Night Lights program (SNL).  Coordinating with the Mayor’s Office of Gang Reduction and Youth Development (GRYD), the Department of Recreation and Parks, the Department of Cultural Affairs, the L.A. Unified School District (LAUSD) and the L.A. Police Department (LAPD), this historic nine-week program unites community and faith-based organizations, youth and business leaders to revitalize neighborhoods. 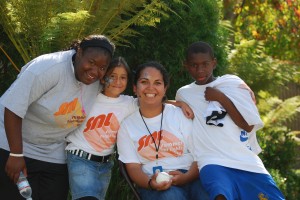 From its inception in 2008, SNL has grown to operate in 32 parks in the County, reaching cities from Pacoima to East L.A., and Watts to Highland Park.  From Wednesday through Saturday every week during the summer months, children and families participate in basketball games, soccer tournaments, dance workshops, musical performances and film screenings.

The transformation of communities with this program in place has been monumental. For many parks, it was the first time in years that there were no homicides and there were double-digit drops in gang-related crime.  Additionally, many communities were able to reclaim public spaces that had previously been too dangerous for children and families. In a New York Times article, one resident says she can’t believe “how nice it feels to be safe in the park at night.” In the same article, another resident says that he “used to stay away and stay at home at night… Now we can be here and have support.”

These gains come at a time when crime rates are plummeting throughout L.A. County, in large part because Los 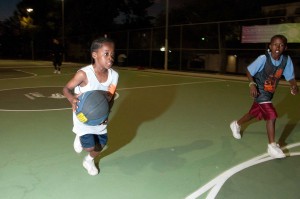 Angeles is changing how it approaches gangs and gang violence. For many decades, the prevailing approach was a suppression strategy and relied heavily on law enforcement; but, this approach yielded little success and, in some cases, had even more adverse effects.  This resulted in Advancement Project’s 2007 report to the City, “A Call to Action: A Case for a Comprehensive Solution to L.A.’s Gang Violence Epidemic,” which showed why the city’s decades-long “war on gangs” was failing to quell gang violence and provided a roadmap for how to do so more effectively.

This progress is painting a new picture for many communities faced with chronic violence. Programs like Summer Night Lights are advancing public safety in innovative ways, and the return on investment can be both quantified and felt. Families are coming out to these parks, neighbors are getting to know each other for the first time, and children can play together long after the sun goes down. With the help of all foundation, community leaders and public and private sector partners, Los Angeles is leading the charge for giving every family and child access to the most importance of all freedoms – freedom from violence.

Gino Garcia is a communications associate at Advancement Project.