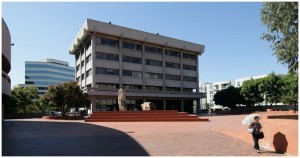 In the heart of Little Tokyo stands a beacon to the history and culture of Japanese Americans: The Japanese American Cultural and Community Center. It is the largest ethnic cultural center of its kind in the United States.  The JACCC features a five-story office building, an 840-seat theater and a plaza. The JACCC was the vision of our Issei and Nisei (first and second generation) Japanese American pioneers who, in their wisdom, knew the value of building a center where arts and culture could come alive and flourish. Perhaps more importantly, they foresaw the sheer value of owning property and land that by today’s standards would be virtually impossible to procure.

But there is something that our first and second generation Japanese Americans didn’t see on the horizon: the many changes in demographics outside 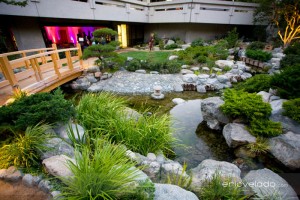 and within the Japanese American community here in Los Angeles. Many have moved to the South Bay or to other suburbs, many have chose to marry outside of the community and the  area around the JACCC is now a residential community of diverse mix of professionals. The impact of changing demographics and of modern urban life are such that cultural centers such as the JACCC need to constantly adapt in order to stay relevant to an ever-evolving audience.

As I took the helm of JACCC just a few months ago, I began to seriously think about what my Japanese heritage means to me, as a Yonsei  (fourth generation Japanese American) and to my children who are half Japanese and half Chinese American. I found that as I connected more intimately with the center and my culture, I noticed that some of my behaviors, choices and patterns were not just my ‘personality’ but they were a reflection of my cultural heritage. I am indelibly Japanese and if I were to lose the connection to my heritage, I would lose a big part of my identity. I also realized that this bond to a shared community beyond the immediate family is something that I want my kids to experience and cherish. As the world outside of my family rushes forward into the future, I feel the need to slow down the pace and return to the timelessness of shared values, traditional art and the joy of finding community. 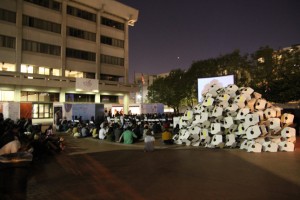 This day and age is forcing cultural and community centers such as the JACCC to look at the definition of community. Is it a building and plaza? Is it a geographic area? Is it an online community? Or is it a coming together of people who are in search of the same thing: To find that sense of belonging and connection to a shared culture. To that end, we are working on embracing a modern and open definition of our community; one that moves beyond the narrow definition of Japanese American to be inclusive of our neighbors who are looking to engage with one another through learning and enrichment programs as well as shared arts, cultural and social events.

While I navigate the JACCC of today with my dedicated and tireless board and staff, I am also thinking 25 years into the future to the JACCC of tomorrow. How will we create and maintain relevance with this generation and the next? Which of our intrinsic values will prove to be the glue that keeps the community together?

I might not be able to see 25 years into the future just yet, but I will offer this: Just as the JACCC has revealed the value of heritage through arts and cultural opportunities to my family and me, I will see to it that we do the same for all those who choose to embrace Japanese arts and culture whether it is their heritage or the community that speaks to their hearts.

Leslie Ito is the president and CEO of the Japanese American Cultural and Community Center in Los Angeles.