When “Dependency” is Not a Bad Word 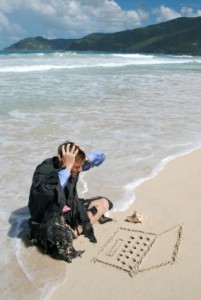 This blog was originally posted on The Center for Effective Philanthropy blog.

I have a dependency problem. No, it’s not drugs or alcohol.

My dependency is on something else—philanthropic support. The Center for Effective Philanthropy (CEP), the organization I lead, is hooked on it.

True, the majority of the funding CEP receives is earned revenue, through fee-for-service arrangements with foundations that commission our assessment services. But a decent chunk of what we do—our research on foundation effectiveness (which we make broadly available to foundation leaders and others), our administration of the blog you are reading right now, even some of our work to develop new assessment tools that will ultimately cover their own costs—is supported by foundation grants.

Looking more broadly at nonprofits, it’s easy to see why philanthropic support is crucial to the efforts of human services organizations, environmental advocacy groups, educational institutions—the list goes on and on.

What’s the alternative to a mix of philanthropic and government support for, say, Horizons for Homeless Children, which provides high-quality pre-school for homeless children in Massachusetts? Ask the kids to start a social enterprise and cover their tuition? (My 11-year-old daughter, Ava, asks her friends to make contributions to Horizons in lieu of presents on her birthday. When the folks there invited Ava and me to visit last August, she said, “this feels exactly like the pre-school I went to.” I said, “Right. That’s the point! And philanthropy is what allows the kids to go, because their parents can’t pay.”)

Yet, strangely, “dependency” remains a bad word in philanthropy. I am frequently asked by foundation CEOs and trustees, “How do we avoid grantees becoming dependent on us?”

I don’t get this.

For one thing, I don’t see a lot of evidence that there is a real risk of “dependence” by nonprofits on a single funder. Across CEP’s more than 40,000 surveys of the grantees of nearly 300 foundations, we see that, at the median, a foundation grant is only three percent of an organizational budget.

OK, so that’s not much out of an organization’s budget, but what about programs that might depend on foundation support? Not much evidence of dependency there, either. We used to have a question in our grantee survey asking, do you plan to sustain the work funded by this grant beyond the grant period?

At the median foundation in our dataset, 87 percent of grantees said yes and just six percent said that the work could only be sustained with continued support from the foundation. (We actually removed the question from our survey because there was so little variation it wasn’t interesting.)

But, more importantly, my answer to the question of how to avoid dependency is this: “Don’t try.” My reasoning? If you are clear on your goals as a funder, and if you have confidence that a grantee is delivering results that relate to the achievement of your goals, what’s the problem? Dependency, in fact, allows you to achieve your goals.

Look, I recognize that those are some big “ifs” in the above paragraph. But isn’t funding those organizations that are demonstrably delivering results against your shared goals precisely the point? Isn’t that what every funder should be doing? Why stand in the way of this with arbitrary “three years on and then you’re off” rules or endless talk of “exit strategies?”

I think this whole aversion to dependency may be yet another example of where analogies to the for-profit world have created confusion in our sector. We’re so enamored with market analogies that we can’t get our heads around the fact that certain work simply requires ongoing philanthropic support. Other than large-scale government support, there is no “exit” event on the horizon for nonprofits, no analog to the IPOs that allow early private sector investors to cash in and get rich.

Barring the government coming in and funding something, here’s when I think dependency on philanthropic support should cease: when the goals have been achieved or when, after a sufficient timeframe, there isn’t strong evidence of progress.

But, wait, what about earned revenue? I already said CEP generates the bulk of its total revenue this way, and isn’t it on the rise? With studies like this one—from the Zicklin School of Business at Baruch College, City University of New York—suggesting both that earned revenue is a new concept for nonprofits, and that it is increasing, it’s easy to understand why people think that. (The 2010 report, titled “Social Enterprise’s Expanding Position in the Nonprofit Landscape,” asserts that more organizations are seeking earned revenue and contrasts this approach with that of “traditional” nonprofits.)

But the fact is, earned revenue is as old as nonprofits themselves (see Goodwill, colleges, hospitals) and is not, actually, increasing as a proportion of total revenue—as I explain in this blog post laying out the data. The notion that earned revenue is on the rise is a myth.

Further, as Jeff Bradach and William Foster of Bridgespan pointed out in a wise article a number of years ago, efforts to generate earned revenue “can distract nonprofits’ managers from their core social missions and, in some cases, even subvert those missions.” Yet the hype continues, and so does the push from some funders of nonprofits to look to new earned revenue sources, fearing grantee “dependency” on philanthropic support. Earned revenue will continue to be important to many nonprofits, and they should of course seek to optimize it when doing so is consistent with mission. But it’s not the panacea.

In my view, the problem is not too much dependency, it’s not enough dependency. We see in our surveys of grantees that consistency of funding is, at the very least, correlated with grantees’ view that foundations have had a positive impact on their organizations. Our research has also established the value of multi-year, large, general operating support grants to grantees, yet these grants remain the exception, rather than the rule.

I get that “dependency” has negative connotations for many, but I suggest we reclaim and reframe it.

After all, I am all for dependable people and organizations. Aren’t you?

Really, what’s wrong with that sort of dependency, anyway?

Phil Buchanan is President of the Center for Effective Philanthropy, a frequent contributor to the CEP Blog, and a regular columnist for the Chronicle of Philanthropy. You can find him on Twitter @PhilCEP.