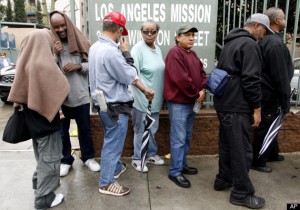 With the election season behind us and the end-of-year giving season upon us, Shayna Rose Arnold of LAMag.com sat down with California Community Foundation’s Executive VP and COO, John E. Kobara to speak about needs in Los Angeles and how to inspire greater giving by Angelenos.

Of the dramatic statistics that emerged from the conversation, the fact that roughly 40% of Angelenos have negative or zero net worth, was the most startling in that it reveals the depth of poverty in the city. The wide range of issues that this degree of poverty creates is being confronted by the roughly 40,000 nonprofits of which 37,000 are small nonprofits that are themselves severely underfunded and at risk.

In the interview Kobara highlighted the fact that inspiring  donors to give in a meaningful way is challenging in a city as large and diverse as Los Angeles; “It’s a messy place. It’s hard to understand who needs help. National funders, even our own local donors, don’t give as much locally as they could because it’s a tough landscape to figure out.” Helping high net-worth individuals to see beyond the borders of their insular communities to identify on a human level with the needs around them is one of the most important touchpoints to connecting donors to their giving goals. Creating that tactile connection between the donor and the cause ultimately helps to break down the distance and leads to engaged philanthropy.