Taxmageddon: Can Anyone Turn the Wheel Before America Goes off the Fiscal Cliff? 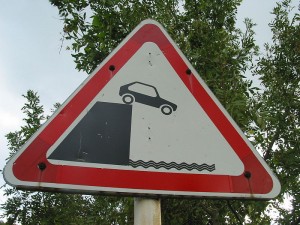 Americans woke up on the morning of November 7th to this post-election reality: Nothing had changed. Aside from a few new faces, the House was still Republican, the Senate was still Democratic and the president was still Obama. What was different was the cleverly branded financial calamity called the Fiscal Cliff that seemingly sprang up overnight. While nothing fiscal or policy related ever pops up unannounced, this threat has captured American media and public attention. So is this really a cliff, or just a speed bump? The answer will depend on who is driving the car.

For starters, what does the ‘Cliff’ look like? The deficit will shrink to an estimated $641 billion in fiscal year 2012 (or 4.0% of the GDP), almost $500billion less than the shortfall in 2012. Such fiscal tightening will lead to economic conditions in 2013 that will probably be considered a recession with the real GDP declining by 0.5% between the fourth quarter of 2012 and the fourth quarter of 2013 and the unemployment rate rising to about 9% in the second half of calendar year 2013.

Given that the political constitution of Washington has not changed fundamentally, the question becomes who will take the wheel? Harry Reid, Senate Majority Leader as well as House Speaker John Boehner agree that both sides will have to make concessions and that reforming the tax code, or our spending, will be part of the plan. Here is how the finer points could potentially play out:

Scenario 3: No one blinks

(I can’t help but think that if we stopped calling it a disaster and instead described it as a path to fiscal soundness, some of the effects of the fiscal drag could be offset.)

Where are we at? At the end of the day, effective planning is the only way to minimize the effects of any of the scenarios.

The fiscal cliff will dominate the news through the end of the year while our electeds decide whether to tighten the belt now or later, and on whom. The best we can hope for is that the process unfolds without unnecessary media or partisan drama.

Thank you for reading,