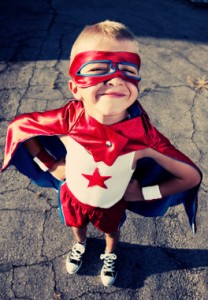 At this year’s annual Council on Foundations conference, a question arose that struck me. A staffer from a rural community foundation in Northern California asked the panel for advice on creating a “culture of courage”.  This foundation’s region was facing growing immigration, and the foundation’s board had not dealt with it, in the staffer’s view. I thought about some of our organization’s most challenging choices and realized that had it not been for the courage of our board and staff, the needs of our ever-evolving community would outpace our ability to respond effectively.

Recently, California Community Foundation’s Civic Engagement Team volunteered at the L.A. Convention Center to help process DACA (Deferred Action for Childhood Arrivals) applicants, but the first step towards that event happened some time ago. Upon President Obama’s Executive Order providing deportation deferral for young people under age 31 who seek work permits and came to the US before they were 16 years old, CCF’s board immediately agreed to support a community-wide program facilitating the application process. CCF partnered with 8 local nonprofits in order to create an effective network of support and to hold DACA application processing events. CCF did not wait for the crush of applicants to determine that there would be a need for support in the community; the board took the steps necessary to proactively deal with the inevitable. CCF’s commitment to immigrant integration took courage but the board understood the importance of the staff pulling together a network in order to create immediate action. What if CCF took the safe road?   The 171,000 eligible young people would be farther away from becoming integrated into our local workforce.

Equally bold was the decision by our board to manifest our long-term commitment to the most vulnerable populations in the form of a strategic initiative around Black teen males who have had probation experience. A little over a year ago, a group of community leaders gathered to determine the thrust of CCF’s initiative serving Black Men and Boys, then referred to as BMBI.   There were four options:  Education, Economic Development, Role Modeling/Mentorship, and System Change/Juvenile Justice.   For a community foundation like CCF, the safe bets were Education or Role Modeling/Mentorship.  The community leaders, all members of the BMBI Advisory Committee, voted for the seemingly risky position.  Named BLOOM, CCF’s five year BMB initiative redirects Black male youth with probation experience to education and employment. What if CCF did not have an appetite for a courageous, untested position?   Thousands of young Black men with non-serious offenses would be more likely to be reclaimed by the forces pulling them back into the system and a life of incarceration.

A culture of courage requires seeing things as they can be, as opposed to how they are.  It requires a resistance to the status quo.  In a county of 11 million residents, many of them uninsured, unemployed, undocumented, undereducated, a community foundation has the opportunity to be a force for change.   To reverse the “un” and “non” to positives, that is our calling.  A culture of courage requires champions, on board and staff, to clear the way for what may be challenging work. CCF has no monopoly on risk-taking.   I’d like to think, though, that a culture of courage is just our everyday culture of doing what is right and best for the community we serve.