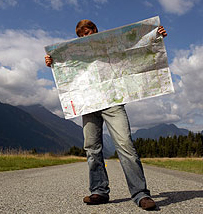 While not all grantmaking institutions view grantees as a primary audience for their social media—and even those who do don’t necessarily share the same goals—our latest research sought to address a very basic question: Are grantees using their foundation funders’ social media?

In 2011, the Center for Effective Philanthropy surveyed more than 6,000 grantees about their experiences with one of the 34 foundations in this research. We found that while the majority of foundations use social media tools in their work, only 16 percent of grantees surveyed report using social media created by their foundation funder or its staff.

Those grantees that are using their funders’ social media are not finding it all that helpful. When it comes to learning about their foundation funders’, grantees find social media to be significantly less helpful than turning to individual communication with foundation staff, group meetings with staff, foundations’ published funding guidelines, or foundations’ websites.

Other uses for social media, beyond learning about the foundation generally, do not fare any better with respondents when it comes to helpfulness. In fact, on average, the helpfulness of social media for interacting and sharing ideas with foundations is one of the least positively rated items by grantees in our entire survey.

It is possible that we will see increasing use of foundations’ social media resources by grantees—that our data capture a moment in time that is still early. Perhaps those in our survey population are just warming up to the idea of interacting with their foundation funders in this way. Time will tell. In the meantime, these results should at least provoke some reflection on the part of foundations about the utility of social media when it comes to their interactions and relationships with grantees.

Are grantees engaging with foundations’ social media? To read CEP research that explores how grantees interact with their funders online, see the report Grantees’ Limited Engagement with Foundations’ Social Media.

This blog was written by Andrea Brock from The Center for Effective Philanthropy and was originally posted in the CEP Blog.

Andrea Brock is a Manager on the Research team at the Center for Effective Philanthropy. You can find her on Twitter @CEP_Andrea.