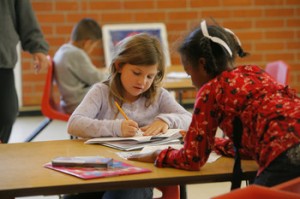 Without warning, families found themselves without access to a program they’d counted on. LAUSD summer school was their safe, enriching, affordable space, where kids were academically engaged, encouraged to activity, and ate nutritious food. As the second largest school district in the country, serving thousands of under-resourced, two-career families, and single, working parents, the timing of LAUSD’s announcement created an urgent need for trusted, accessible alternatives.

Recognizing the depth of the crisis, the California Community Foundation and its donors quickly responded. The Summer Youth Fund, a collaboration that supports and enriches the lives of youth and families – from dawn until well after dark – during the otherwise vulnerable summer hours, was born.

The Y was a responsive partner to the fund. With 25 local branches, half in urban communities, the Y was already prepared to serve thousands of local youth with an array of weeks-long summer efforts. Y resident camp had changed countless lives with transformative summer experiences and lifelong friendships. Y summer day and sports camps—from astronomy, to book clubs, to paleontology, to dance and basketball—have made summer memorable, fun, and enriching. Branches open early and close late to accommodate working parents, and many provide free, nutritious meals and snacks.

With the Foundation’s help, summer programs at 14 Y branches in 2009 were expanded to an additional 1300 participants within two weeks of LAUSD’s decision.

Today, LAUSD’s budget has been whittled from over 20 million to 3. Fortunately, our partnership with CCF has continued. Gifts to support Y programs this year will help us reach another 1500 kids—bringing our impact to more than 4400 over four summers. 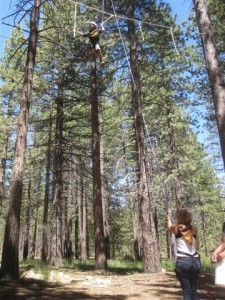 My family doesn’t have enough money, but instead of going nowhere this summer, I went to camp. In the beginning no one knew each other and we were shy. Camp encouraged us and we learned different people can work together as friends. I learned so much about the environment, about nutrition, about people. I can teach it to my friends. At the end everyone was crying and no one wanted to leave. I still can’t believe that it was only one week! –   Marcus G., 12, Y Summer Resident Camp Participant

Out of a crisis, a vibrant collaboration arose. Summertime should provide joy, magic, growth, and discovery, no matter where you live. We at the Y were honored to answer the Foundation’s call and are proud to be part of CCF’s Summer Youth Fund, reassuring families that the summer remains a time of enrichment and opportunity for thousands of youth.

Thanks for reading,
Kate

Kate Fitzgerald is the senior development writer for the YMCA of Metropolitan Los Angeles.