How Much Do Foundations REALLY Give to Nonprofits? 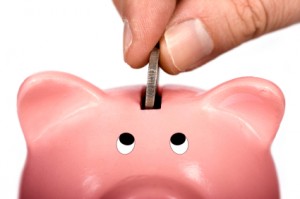 Last week, philanthropist Melanie Lundquist addressed Town Hall and exhorted the audience to consider a different philanthropic model – a model more responsive to the needs of the community, especially now. One of her targets for reform is the 5% spending requirement placed on private endowments. Melanie views this as an absolute minimum, but most foundations/endowments treat it as a maximum. She and her husband Richard are extraordinarily generous donors and have adopted a personal philosophy of giving rather than  accumulating.

They have a very clear objective of living their legacy versus leaving one.  Of course, this is a personal choice — should my philanthropy be given to meet urgent needs now, or should it be endowed and last forever?

Melanie thinks that the growing needs in our communities should push foundations to give more. They should. However, I don’t think increasing the 5% spending requirement is the only way to do that. I contend that the net percentage of charitable giving is a much better measure.

In other words, how much of the spend-out is actually going to nonprofit organizations serving L.A.? Under current law, the 5% can include all administrative and investment expenses. As you might imagine, the percent of actual grantmaking to charitable organizations varies greatly. (I really wish there was an efficiency ranking of foundations on the net percentage of charitable giving)

For example, at CCF our total costs and expenses average well under 15% of our grantmaking. Said another way, more than 85% of our spend-out each year goes to charitable organizations.

What if foundations held themselves to the same standards as they hold their grantees? What if there was a requirement that overhead (total expenses) could not exceed 25%, for example? And those foundations choosing to spend more on overhead would have to increase their grantmaking? If foundations adhered to this guideline, there would be a sizable net increase in charitable grantmaking.

The choice of living or leaving a legacy is a personal one. We agree with Melanie. More charitable giving and grantmaking is needed today. One way to achieve this goal is for foundations to increase their net charitable giving.

Thanks for reading,
John
John E. Kobara is the COO/EVP of the California Community Foundation